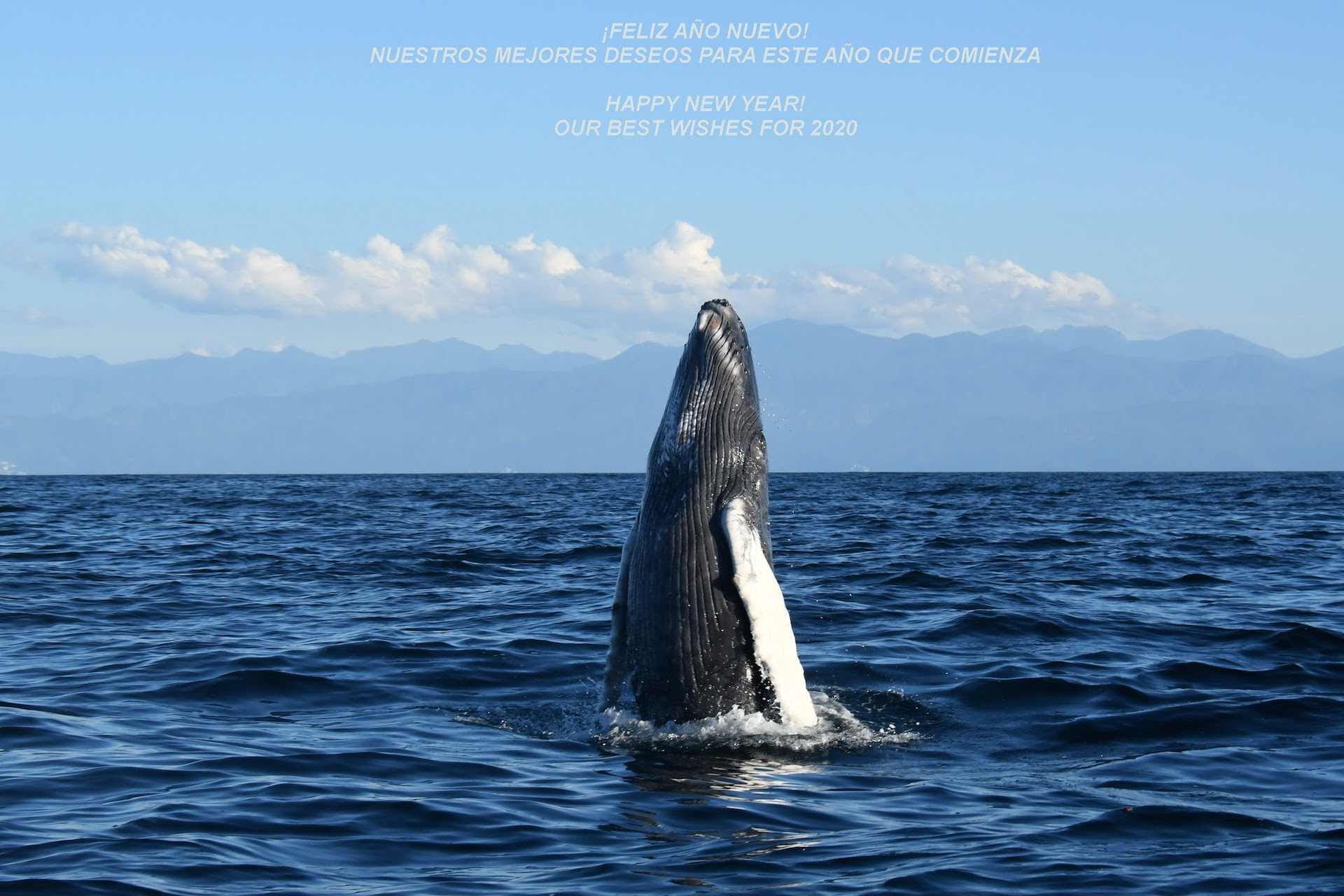 Did you know that rescuing a Whale can cost around 500 dollars?

Humpback Whale Season just started this December but also the work of the National Network of Assistance to Entangled Whales, RABEN. So far this season there have been 3 successful rescue events: 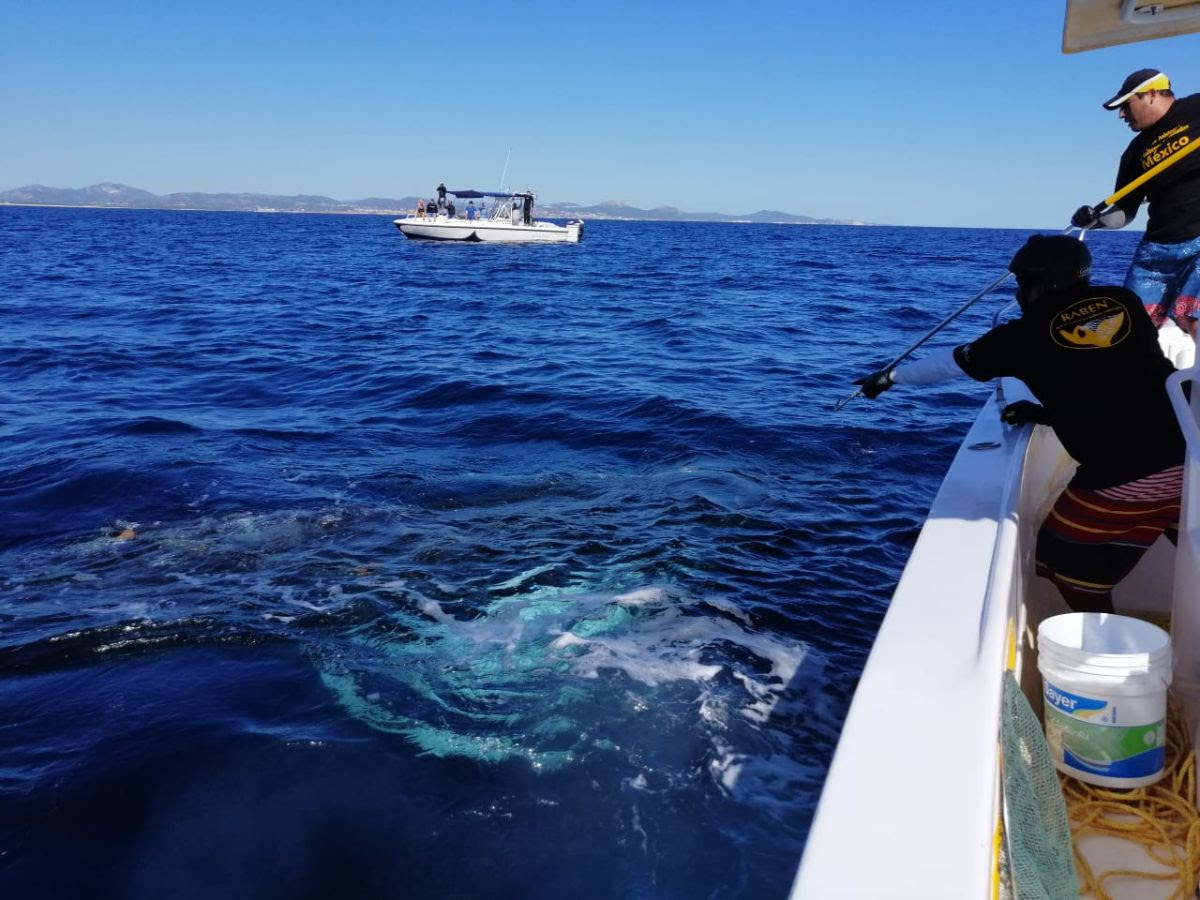 2) ) December 22nd: RABEN team Banderas Bay released a female Humpback Whale with a gill net in her rostrum. the female was with her calf, which was estimated to be only a few weeks old. 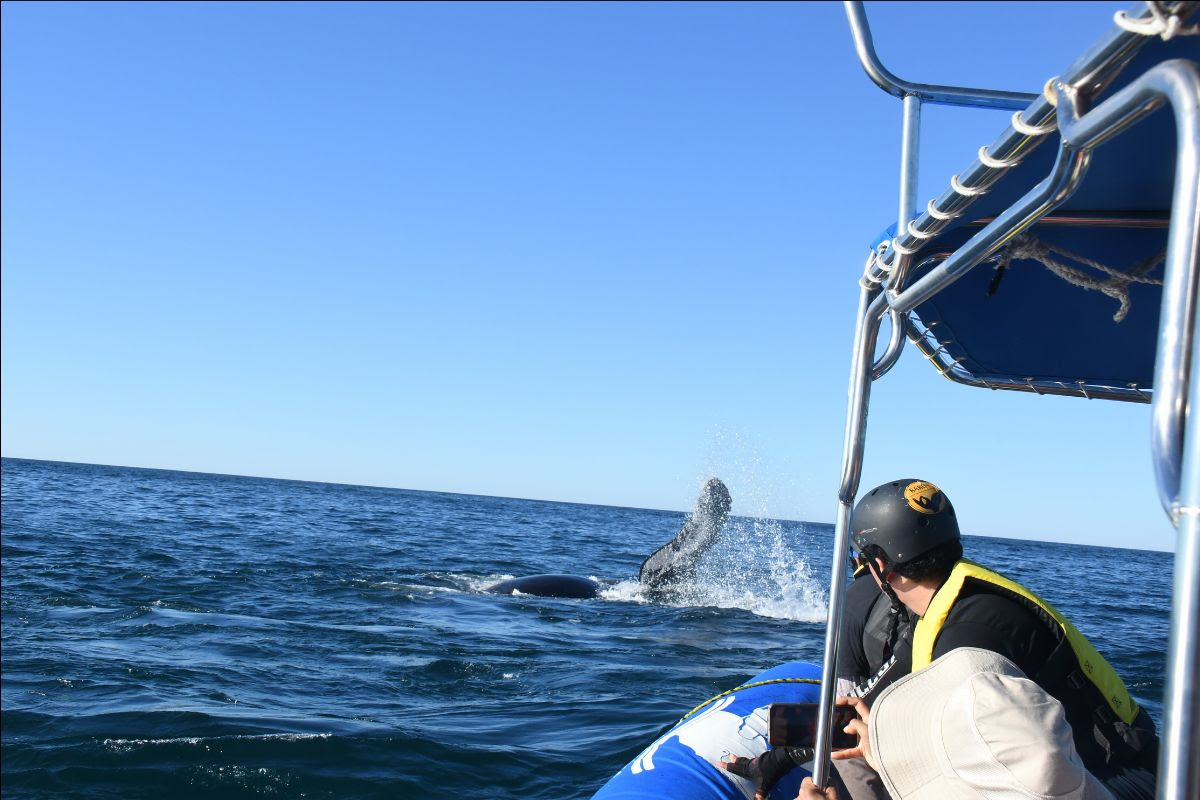 3) December 24th and 26th: RABEN teams San Blas and Banderas Bay attend the report of a female Humback Whale, also with a gill net in her rostrum and dragging more than 300 ft of the net.This female also had a calf with her. Team RABEN San Blas started rescuing efforts on the day of Christmas Eve. Nevertheless, due to the behavior of the female and the difficulty and risk that represents releasing a whale with a calf, they couldn´t release her completely. As usually happens in these situations, the other close RABEN teams were alerted and finally the whale appeared at Puerto Vallarta on December 26th where the Team Banderas Bay concluded successfully the rescuing efforts.

This is a good example of how our RABEN team network operates! 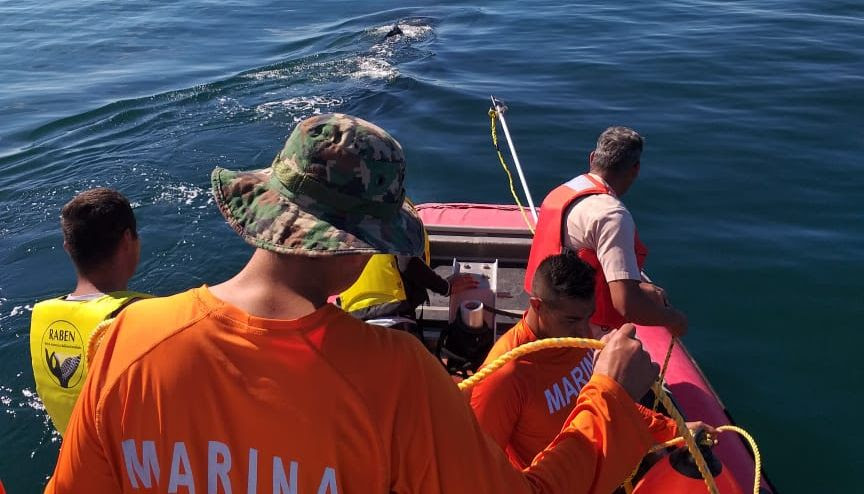 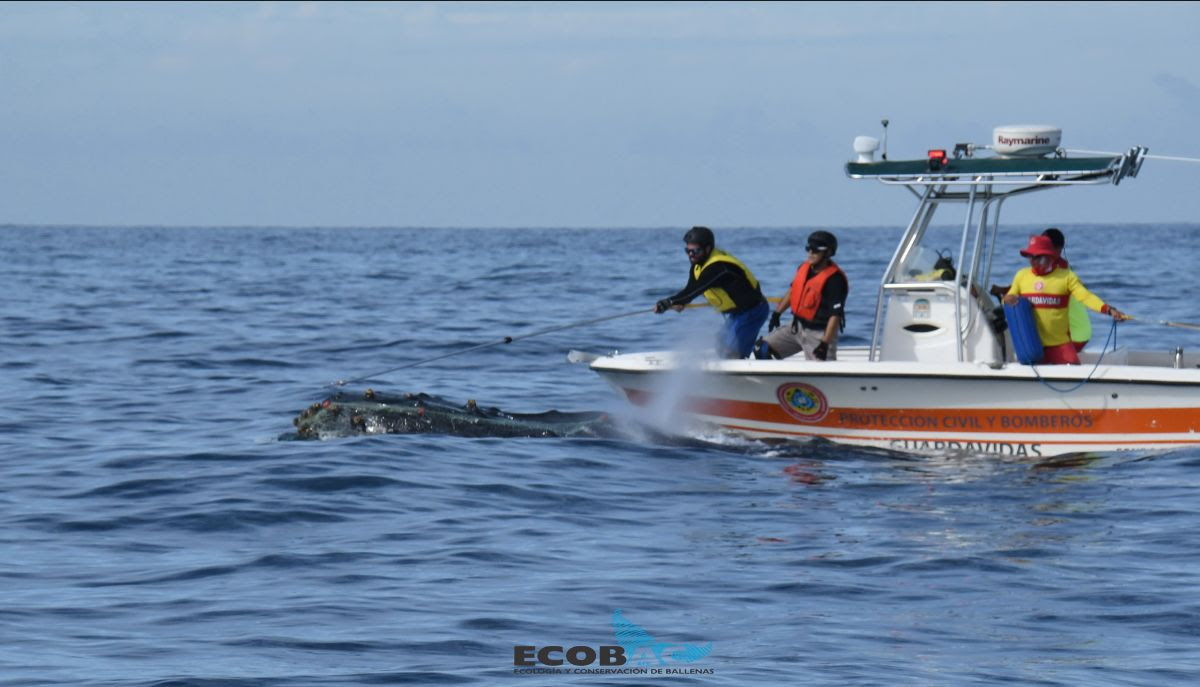 Both ECOBAC (RABEN´s National Coordination) and all RABEN members normally keep a low profile and avoid social networks and the press in general, since we do this work selflessly and in order to help these wonderful cetaceans. However, the rescue of December 26th was carried out very close to the coast so there was no way to go unnoticed, as we normally do. We gave several interviews and we gladly share the link to the documentary made by Televisa. 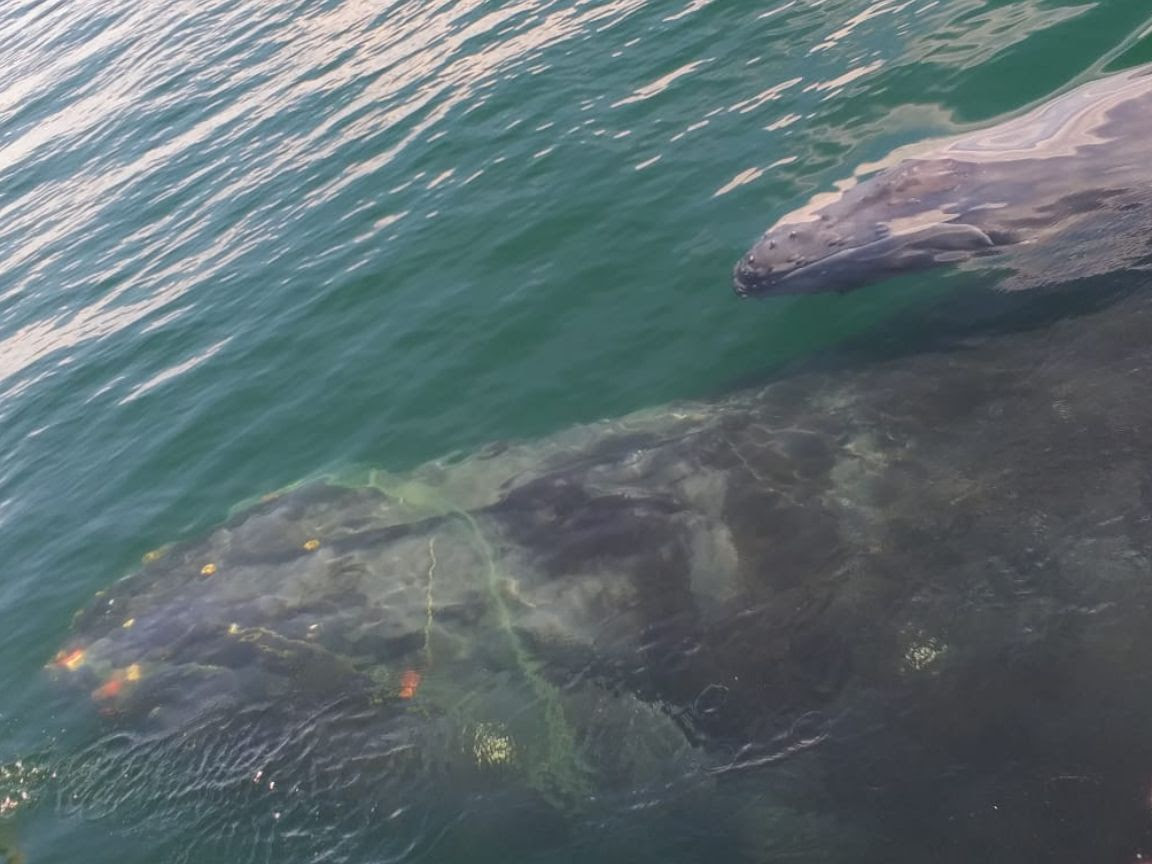 In all three rescues RABEN members, which are trained for these risky maneuvers participated. We thank all RABEN members, not only those who participated in these rescues since all 180 members of the 15 RABEN teams are ready and in the best disposition for when the whales require their help. 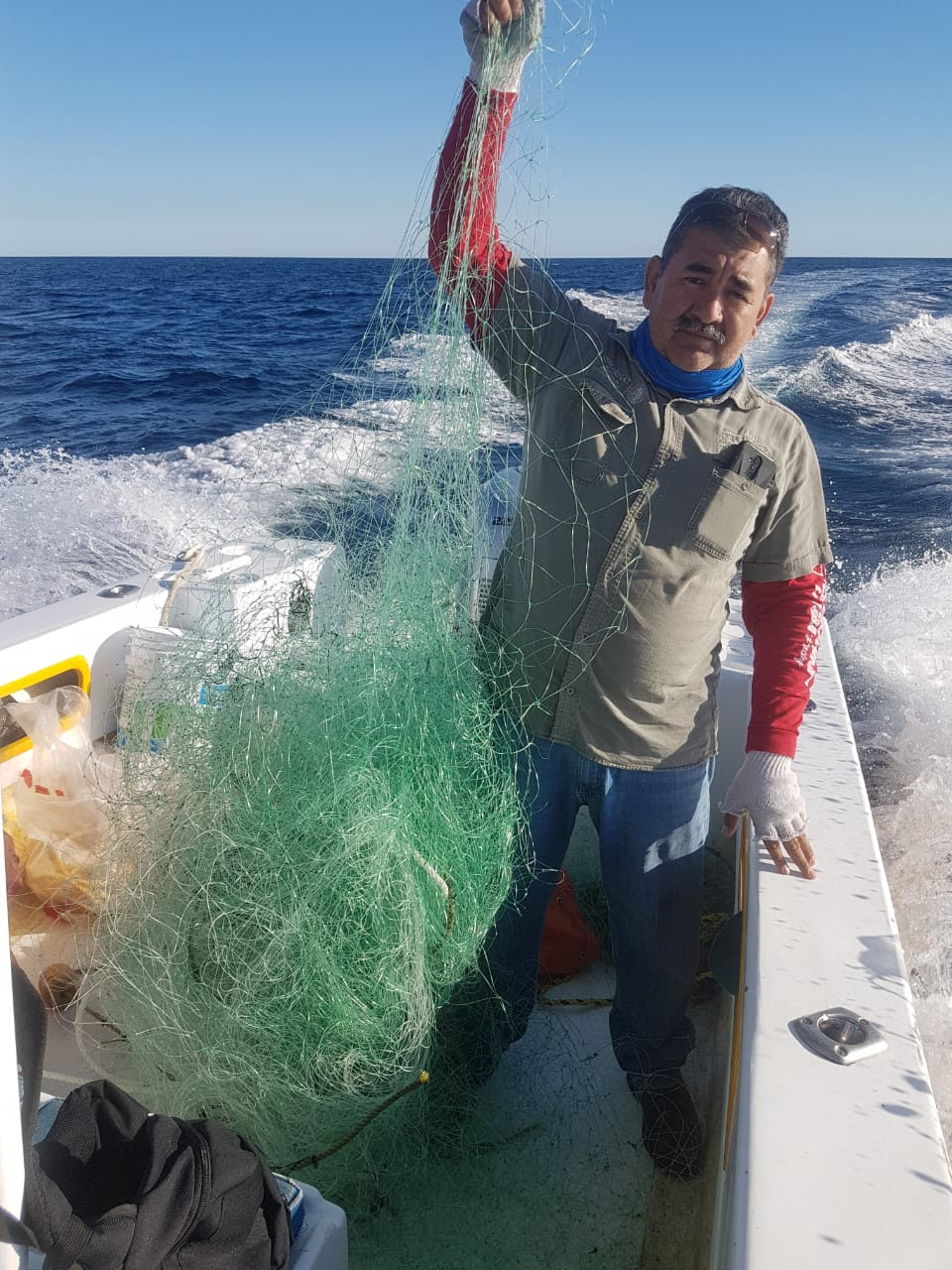 If this year you want to support us please do so with a donation, since the tools we use and rescues are very expensive.
Thank you! 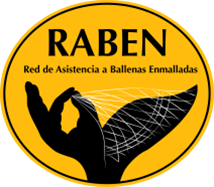 Participants of the 3 RABEN Rescues

¡Thank you for helping us rescue WHALES! 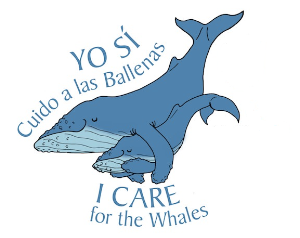