This season was very special for us, as we are celebrating the 25th anniversary of the Banderas Bay Humpback Whale Photo-Identification Catalog (FIBB Catalog). Since its creation in 1996, we have worked hard to quantify and identify nearly 3,000 different whales and build a database of more than 7,000 photographs. This work helps us to determine the abundance, migratory routes, reproductive cycles, duration of stay in the bay, and birth rates in this part of the Mexican Pacific, among other things.

Favorites are coming home!
We’ve been recording whale stories for 25 years thanks to the FIBB Catalog, and many of them have returned this season. Such is the case of the whale we named “Bonita” (Code 3BB064), who was first seen in 2002 with a calf and since then we´ve seen her 10 different years; this year she returned and we were delighted to see her with a beautiful calf. 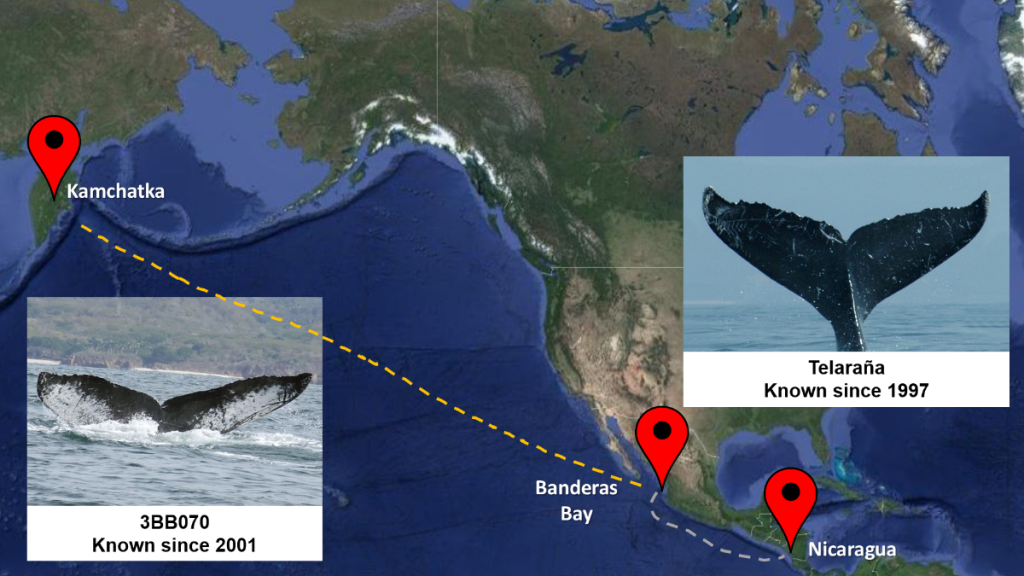 We know the migratory routes of the whales that visit Banderas Bay thanks to information exchange with other national and international catalogs, and we know that some, like Telaraña (3BB106), travels south to Nicaragua, while others (including 3BB070), travel all the way to Kamchatka in Russia!
We also work on various projects aimed at environmental education and the protection of this species, so that we can continue to welcome these and other visitors to our beautiful bay year after year.
End of the season in a very special year!
It was a unique season because, due to the climatic phenomenon known as La Niña, lower temperatures were recorded in the sea during this winter period, causing more whales to migrate south.
The season was full of whale sightings everywhere, and they could even be enjoyed from the Malecon and the beaches!
Remember that whales visit our bay to reproduce and give birth to their young, and this season we saw numerous courtship groups, mothers with calves, and we were also able to record numerous singers. 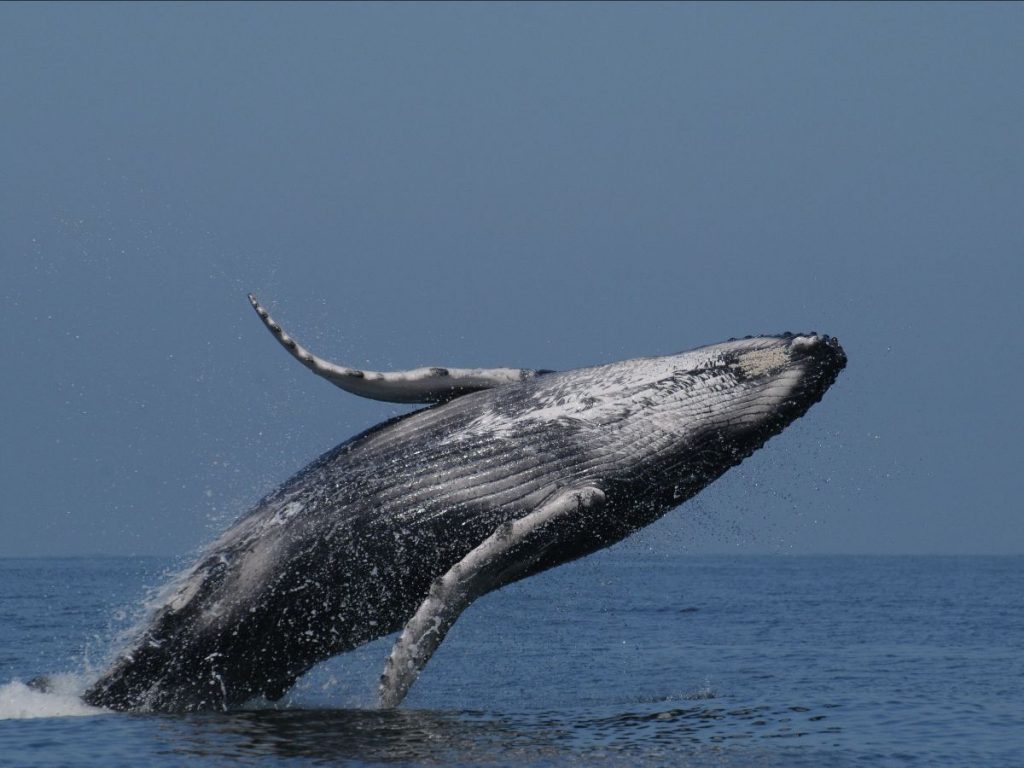 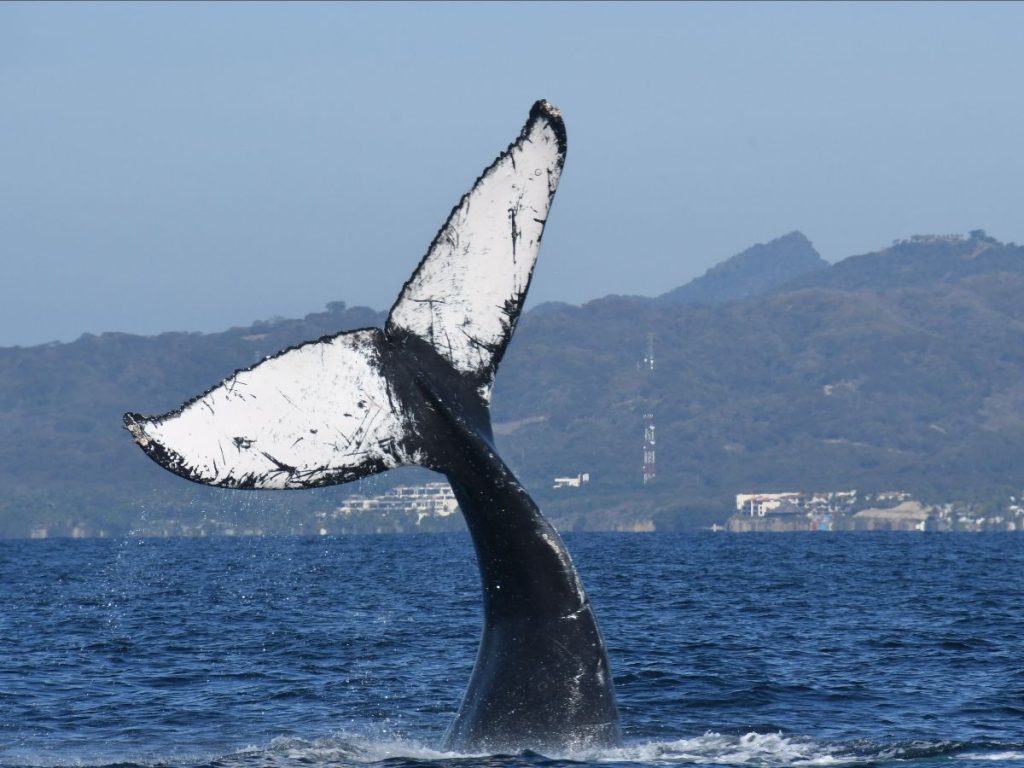 Rescuing the sea giants is our mission

RABEN, the Mexican Big Whale Disentanglement Network, remained on high alert throughout the season, ready to respond to any reports of entangled whales.

At the time of writing this newsletter, RABEN received 27 reports of entangled whales, completely freeing from fishing gear 6 humpback whales, and 1 gray whale. Some reports could not be confirmed, others did not require action because they involved traces of nets (ghost nets) that would fall on their own and pose no risk to the whales, and still, others could not be acted upon due to the time of day.

RABEN members are mostly volunteers, and it is only through teamwork that we are able to save the whales.

We are grateful to everyone who alerted us about entanglements in a timely and appropriate manner. We can´t be successful and rescue whales without your assistance and timely reports!

We would like to thank all the RABEN members for their outstanding performance, particularly the 8a. Zona Naval Puerto Vallarta, the 6a Zona Naval San Blas, the 6a Region Naval Manzanillo, PROFEPA, and the Jalisco Firefighters and Civil Protection for their invaluable assistance and participation in the RABEN rescues. 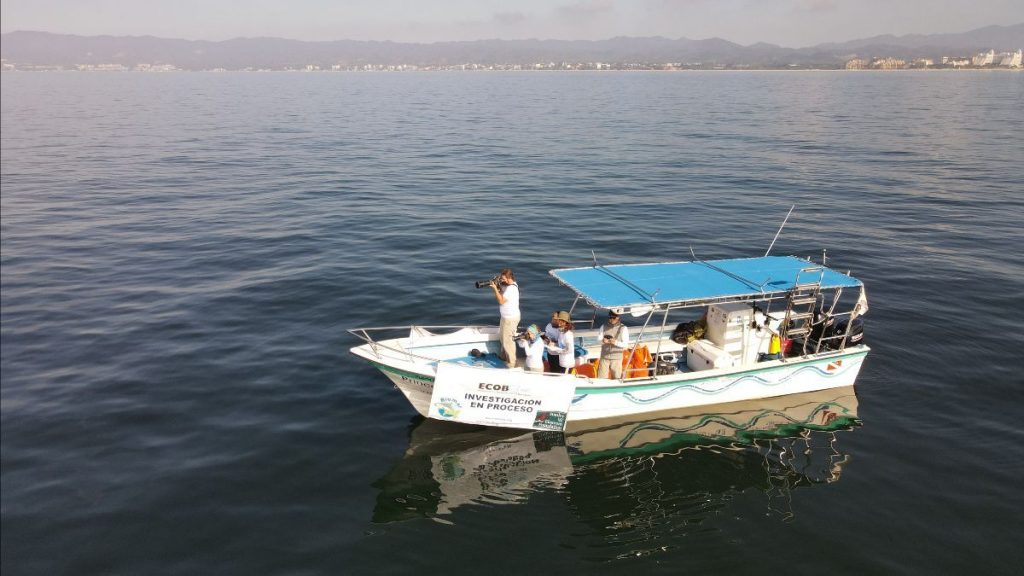 We were able to continue the Humpback Whale Research Program this year thanks to the support of Fundación Biomar, Ecotours de México, and Opequimar Centro Marino. This study enables us to document changes in the distribution and seasonality of whales in Banderas Bay before, during, and after the sighting season (November-April), as well as in areas where they are not normally seen. This information will help us to promote the necessary measures for the protection and conservation of mothers with calves and adults in the bay.

This year, in particular, we were able to document the changes caused by the La Niña effect, as well as the decrease in nautical traffic caused by the pandemic. 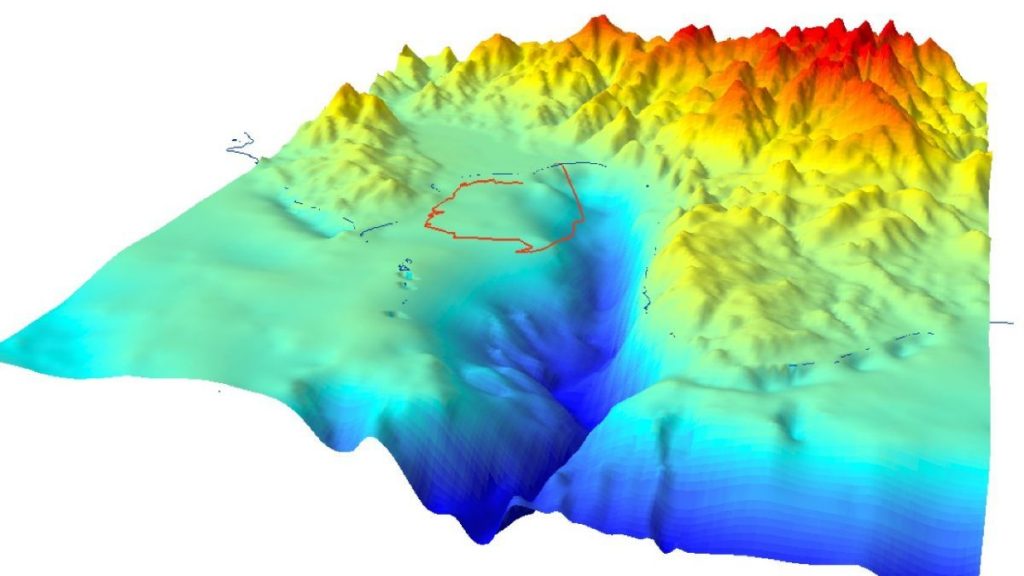 Outreach in times of Covid

For us, it is very important to educate the local public and visitors about the importance of whales and safe navigation, but due to the COVID-19 contingency, our outreach efforts were restricted but not halted, as we carried out our activities in accordance with all the health protocols.

This season, there were several virtual talks and some in-person (following all health protocols) for PV sailing, MMARES, AC, Universidad Autónoma de Baja California Sur, Campus Los Cabos, and Todos por el Mar, with topics ranging from the commemoration of the 25th anniversary of the FIBB Catalog; research, conservation, and sustainable development projects carried out at ECOBAC; and also the rescues and protocols undertaken by the RABEN team. 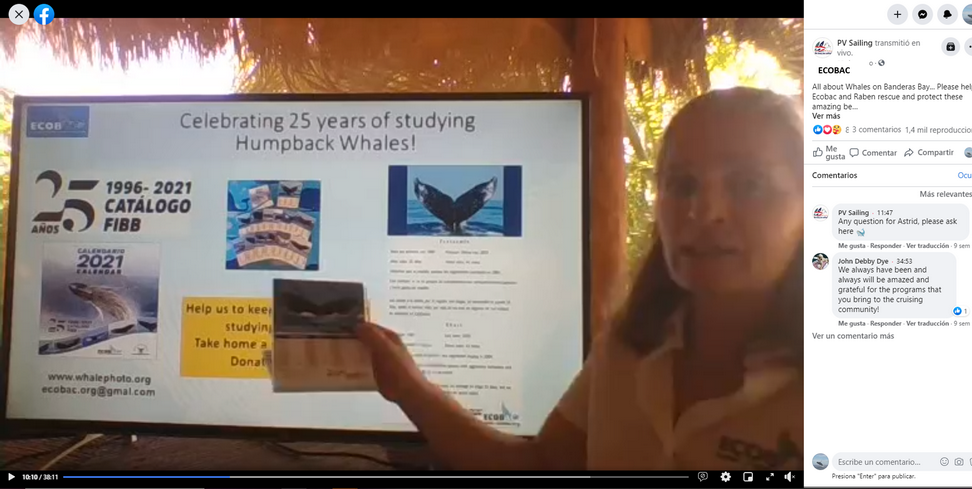 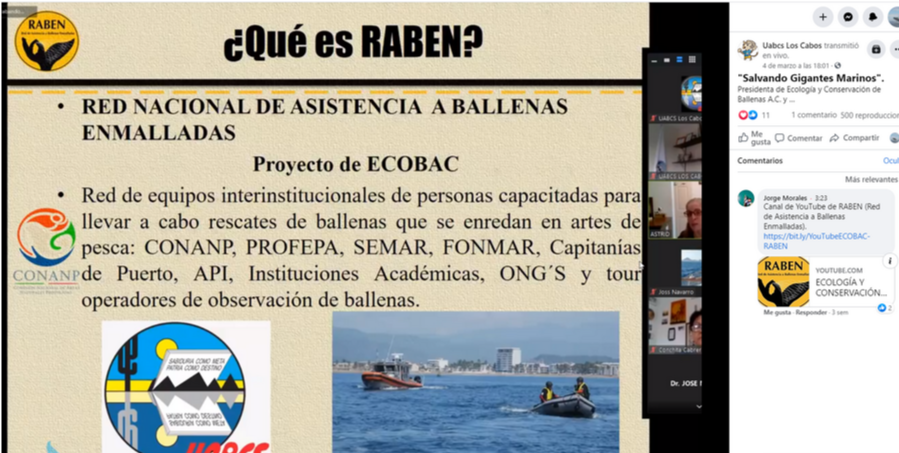 Campaign “I Care for the Whales”

As in previous years, we conducted our “I Care for Whales” campaign, in which our volunteers distributed information brochures on whale watching guidelines and safe navigation practices at the Opequimar gas station in Marina Vallarta.

“Festival Animal”
We participated along with other civil associations, in the first “Animal Festival” in Banderas Bay, where we educated the public about the importance of whale conservation. 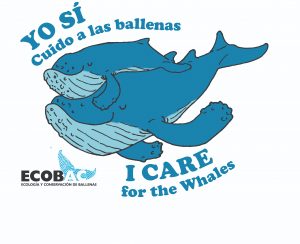 Thank you for helping us take care of the whales!
On this aniversary, we would like to express our gratitude to all of the FIBB Catalog’s collaborators 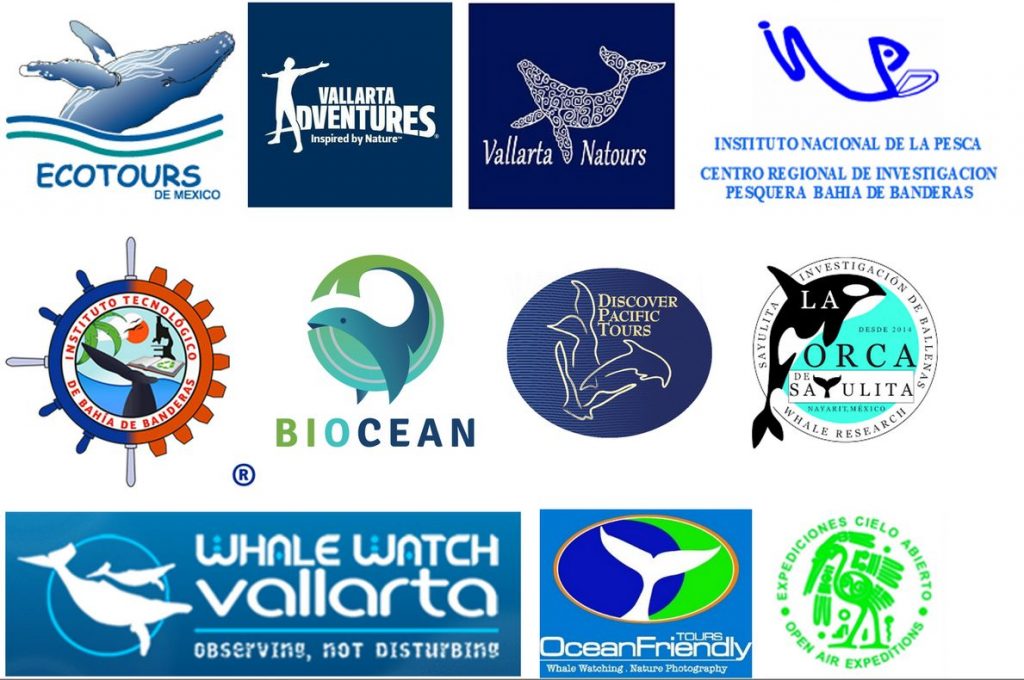