Like every year at this time, as they so rightly deserve, we are enthusiastically preparing to receive the whales. Part of the preparation includes new projects that we are sure you will all like. We will also be continuing with several existing projects, but with an injection of fresh ideas. We hope that through this work we will plant and cement, in both the minds of the local population of the Bay of Banderas and visiting tourists, the concept of caring for the whales, in a simple and clear manner.

Additionally, we have received the excellent notification, for those involved in the whale watching industry, that for this year the season will start on December 1st. 2015 and finishes on March 23rd March 2016; in other words, we will have one more week to enjoy sustainably the whales’ presence in the area. Meanwhile, SEMARNAT (Jalisco Delegation). 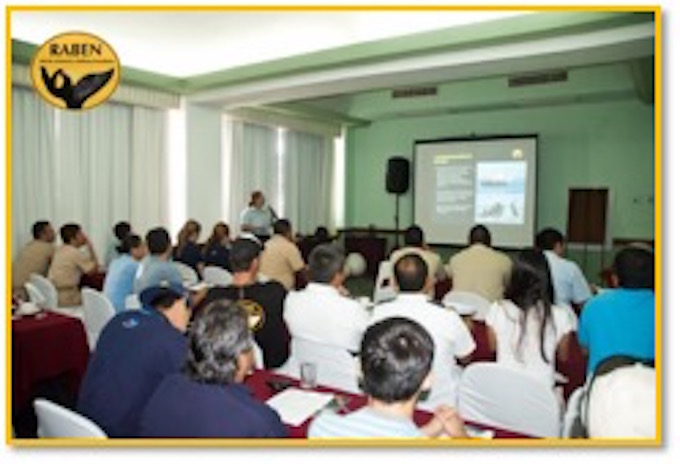 The ongoing training of staff that make up RABEN, is of paramount importance to ensure that entanglement events (which may potentially occur in any of the areas of Mexico where gray whales and humpback whales assemble to reproduce and nurse calves) are dealt with in the most safe and efficient manner possible. 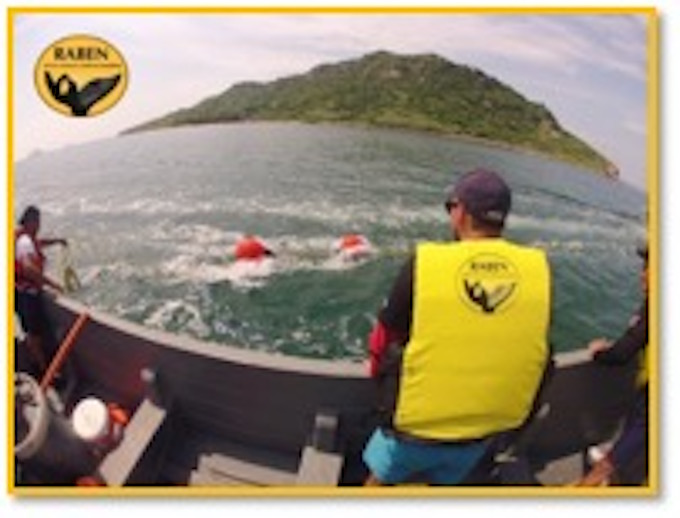 It is for this reason that ECOBAC (who since 2012 has been in charge of the national coordination of RABEN) organized three workshops, with the aim to strengthen the most newly included teams and members of RABEN. The first workshop took place in Santa María Huatulco, Oaxaca, and included all three RABEN teams of Oaxaca state. The second workshop took place in Mazatlan, Sinaloa, and the third in Guerrero Negro, Baja California Sur (which involved the training of the teams of RABEN El Vizcaíno, RABEN Bahía Magdalena and RABEN La Paz). 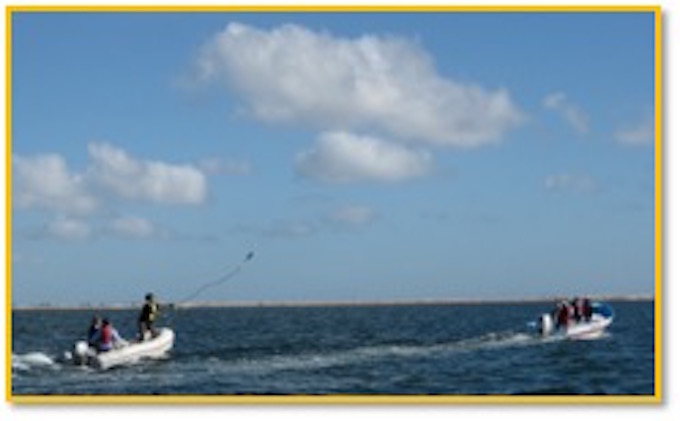 These workshops took place thanks mainly to the sponsorship of CONANP, and included participating members of CONANP, PROFEPA, local academic institutions, tour operators and civil organizations.  The workshops included many trained RABEN team members, as well as new participants who wanted to join the team. Without doubt this commendable work is one of the most important projects that directly helps with the conservation of the charismatic whales that visit Mexico.

Field Practice for the RABEN Teams of the Bahía de Banderas

Apart from the training of RABEN members in workshops across the country, it is also important that the staff that makes up RABEN Bahía de Banderas do their annual practice of field techniques. For this reason on the 28th of October 2015, in the Marina of La Cruz de Huanacaxtle, a training workshop took place including participants of the 8th Navy Zone, PROFEPA (Nayarit Delegation), the Captain of the Port of La Cruz de Huanacaxtle, the Instituto Tecnológico de Bahía de Banderas, the Port Authority of Puerto Vallarta, ECOBAC, Vallarta Adventures, Ecotours de México and Explora Vallarta. The practice provided the chance to strengthen rescue techniques and was under the supervision of the expert David Matilla, who has been training the team since 2006.  Certainly, a great and much appreciated opportunity!

Workshop of the Prevention of Whale Entanglements 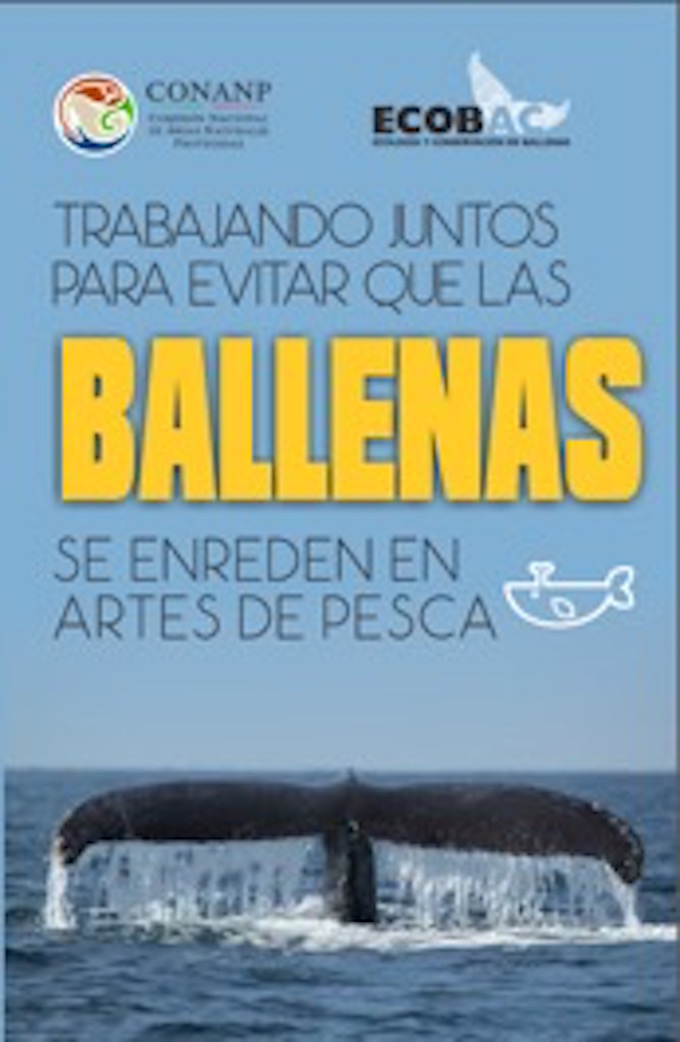 Whale entanglement events are of great international interest, and on many occasions whales are entangled in fishing gear that they have carried for long distances, often from their feeding areas to their breeding areas or vice versa. If this is the case, it may well mean that the whale has been dragging the fishing gear for more than three months, and therefore will have wasted a large amount of energy in doing so.

To address this problem, and to try to continually reduce the number of entanglements, action has to be taken at a local and regional level. It is clearly necessary therefore, to work with fisherman and to plan strategies’ together to try to avoid whales being trapped in fishing gear and therefore also avoiding loss of fishing gear or catch and income to the fisherman.

For this reason three pioneering workshops took place in Puerto Ángel, Oaxaca, Guerrero Negro, B.C.S. and San Blas, Nayarit. They were attended by staff from CONANP, independent fisherman and representatives from fisheries cooperatives. All three events were very productive, and it is with great pleasure we inform you that the fisherman were very interested in the subject, and some even offered their help to work towards the testing of preventative “experimental fishing gear”. It is important to remember that the fishermen are not casting their nets with the intention of catching a whale! All the ideas and suggestions provided were integrated into a leaflet, which will be distributed in the regions of Mexico where the whales and fisherman often occur side by side, so that fishermen will know what to do when they go out fishing and observe a whale nearby.

We continue to support, strengthen and publicize this project with the hope that in a few years it will no longer be necessary to attend to whale entanglements. 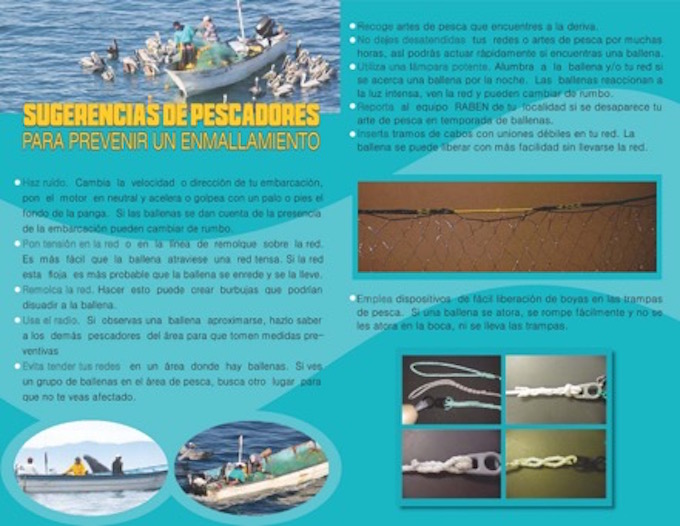 At ECOBAC we were extremely happy to attend the recent meeting of the International Committee on Marine Mammal Protected Areas (ICCMPA). It was held at the Hotel Sheraton Buganvillas, Puerto Vallarta, Jalisco and was attended by the directors of CONANP´s National Parks, who spoke about their work and operations involving marine mammals. 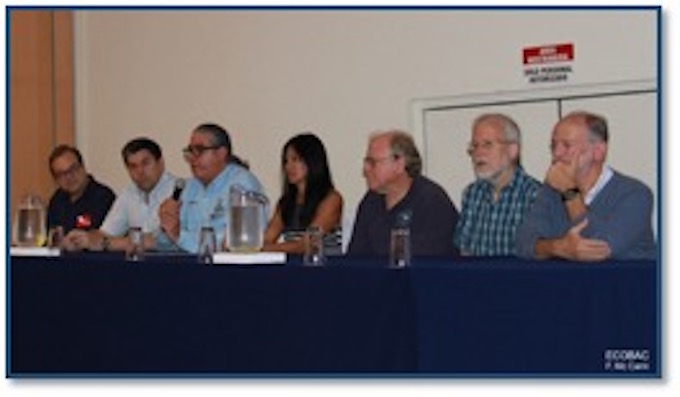 Now the groundwork is being laid for the 4th International Conference of Marine Mammal Protected Areas, which will be proudly celebrated here in Puerto Vallarta, thanks to the hard work of the president of ECOBAC and the support of CONANP. It is hoped that over 250 participants from all over the world will attend. During the meeting, the considerable progress that Mexico has made in many different environmental protection matters will be expressed. The fact that in Mexico, especially in Puerto Vallarta, international meetings such as these are now occurring is a great achievement and above all a strong acknowledgement of this progress, although there is still space for improvements in some areas of marine conservation in Mexico until it reaches international levels. Additionally, it will bring the international spotlight on to Puerto Vallarta and will be a great opportunity to promote Puerto Vallarta as a destination to the world, as attendees are expected from all continents. 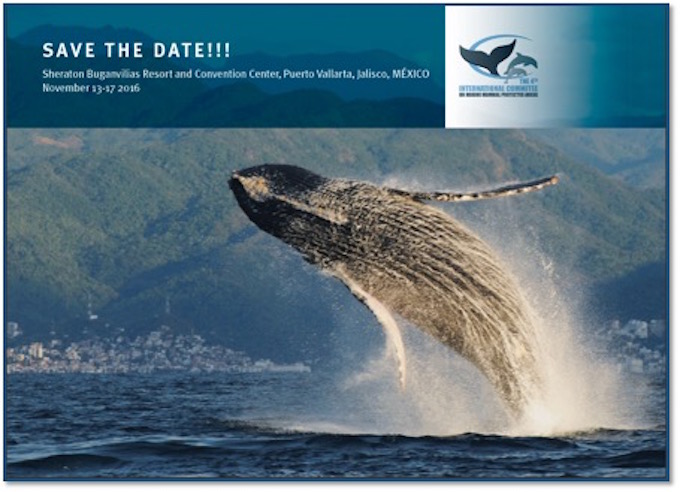 ACTIVITIES FOR THE UPCOMING WHALE SEASON

“I care for the whales” Campaign 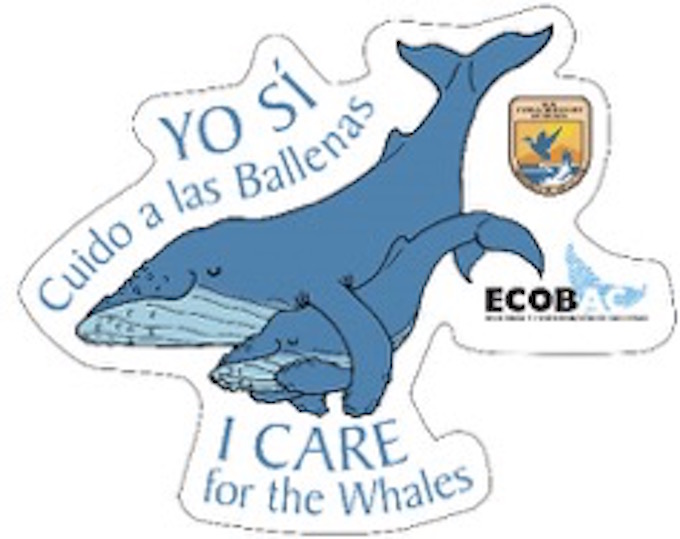 Environmental education and awareness is of upmost importance for the conservation of the natural environment, and it is this relationship between education and conservation that forms the basis of the saying “you can not protect what you do not”. It is for this reason that for the fourth year in a row ECOBAC will be running the campaign “I care for the whales”, but this year it will be a revised and expanded version. The objectives of the campaign are to encourage and ensure; good boating and navigational practices during the whale season; that tour operators and private vessels engaged in whale watching do so in the correct manner; that boats do not interrupt the natural behavior and activities of whales; that boats avoid getting too close to the whales; and to promote respect for the NOM-131-SEMARNAT-2010, that regulates whale watch activities in the region.

We hope to have great success with our season projects, we thank all our friends, sponsors, and collaborators for helping us make this happen.  Remember, “We all care for the Whales.”